Saturday morning, 9am. We start our weekend trip from Bayreuth, Upper Franconia. At the same time you already can smell the sweat inside a few noisy gyms of Berlin Moabit. The game schedule is the reason, why so many basketball players – kids, wheelchair, men and women – are already awake very early on the Easter weekend. And the unique atmosphere of the Eastercup is the reason, why they come to Berlin every year from all around the globe: The Netherlands, Italy, Spain, the US and even Mongolia – just to name some of them. As you can see our way has been one of the shortest with a distance of about 350 kilometers.

Back to the 19th of December 2017: My mobile is vibrating. It is a mail from a guy called Andy to our blog Basketballherz. He asks: “What exactly is your website about?”. A few days later I had a phone call with him, we talked about our website and about the International Eastercup, just to get to know each other a little bit better. We both had a good feeling, so I agreed to travel to Berlin with a friend on the Easter weekend in order to report about that tournament and to post some videos via the blog. That is our story.

During the Eastercup we heard a lot of other stories. There was Frank, a ref from the Netherlands. He already participated the previous years. There was Max, who sells 43-merchandising articles of the Eastercup every year to the participant to make them remember this event. A very kind person was also Joyce, the coach the U20 and U22 girls champion. You could see the passion in her eyes when she was talking to her girls. Chris had not that high level of experience. A very young guy, but already doing a great job as a court manager. Get started every game in time isn’t as easy as you may think. Not easy has been also the job of Jan and Jan. They had been responsible for creating the game schedule. As we visited them, we saw many different Excel sheets, tables and results. And also John had an interesting story to tell us. As an Italian wheelchair basketball player he won the tournament with his teammates. The final was a tough game, we couldn’t imagine before that they play with such a high intensity.

Yes, there haven’t been only soft games. Sometimes the referees had really to do their best to avoid some disputes. The competition was very tough, the players reached their limits. I mean, the Eastercup is not only about shaking hands and getting to know players from different countries. Mainly it is about competition, about playing on the highest level. It is about playing basketball. And this is why it is so attractive. You can do what you love – play basketball – and have a lot of fun offside the court with people from all around the world. 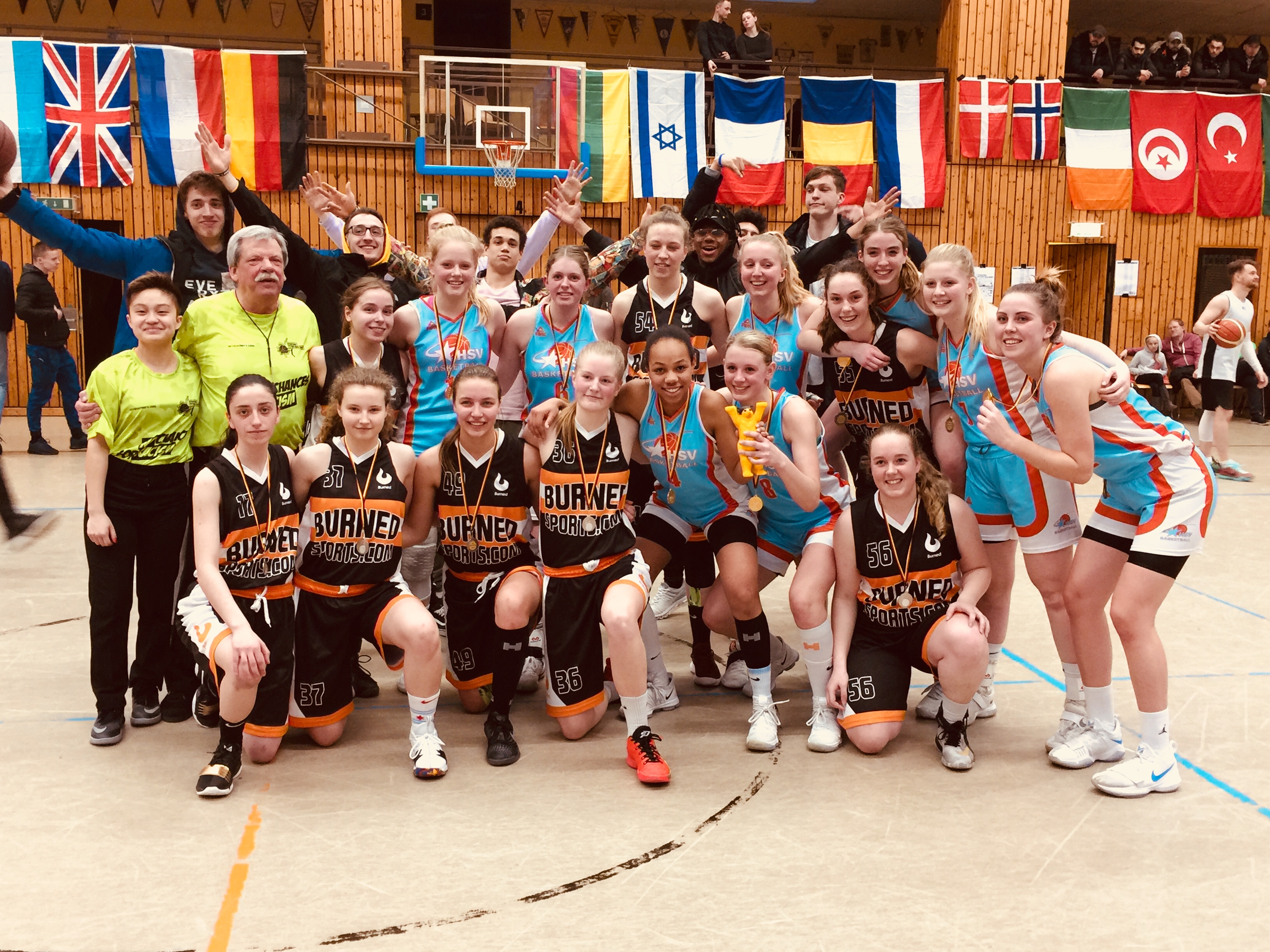 At the end all were winners in Berlin Moabit

Who are the champions of 2018? On Saturday the Italian team Don‘t worry Birette won the wheelchair competition. Team Tucholsky are the men‘s champion and BC Lions Moabit‘s ladies protected their home court. Also in the category U20 the Lions won together with the Weddinger Wiesel on Sunday the title. Roter Stern won the category Refugees, TBV 1877 Lauf the U11 Mix. The Dutch girls from HSVB are champions of U20 and U22. The U22 Danish boys from Birkerod Basketball reached the first place. StraightOuttaBerlin won the 3on3 FIBA tournament. At the last day of the Eastercup there had been a lot of other youth finals. The U13 and the U15 both had been won by the Mongolian boys. Double time champion are also the boys of the Stuttgart Eagles. They won the U12 and U16 category. Furthermore there was a girls U13 and U14 competition which were both won by the Magec Tias from Lanzarote. Another double time winner is the Basketball Academy Limburg from the Netherlands. Its girls and boys won each the U18 tournament. The last two champions are Team Flex from the US in the boys U14 and the Dutch girls from Flashing Heiloo in the U16 competition.

But also respect to all the other teams. It was a pleasure to see how passionate they played on the court, how strong they cheered for each other and how much fun they had during their free time. On Sunday for example some teams used the opportunity to visit the basketball game between ALBA Berlin and s.Oliver Würzburg.

We have not been able to see all the games. We couldn’t reach every person we wanted to talk to. But what we can say: It has been an incredible adventure for us. We enjoyed the atmosphere within these days, we enjoyed talking to many friendly people from many different countries. It was like spending time with a big family. Thank you, Eastercup!